If you are a follower of any fandom to the extent that you frequent fan sites and Pinterest pages then you will have encountered the word “headcanon.”

The first time I encountered the term I imagined it in literal terms and defined it as something to think about that blows the mind. This would be more true had it been spelled headcannon. BOOM!

When I noticed that it was “canon” and not “cannon” I realized I was missing something and set off to find the truth.

The secret is in the “canon’ itself. The word is originally used in two ways. In the first, a canon as a general rule or law by which something else is judged.  The second is a collection or list of sacred books that are accepted as genuine. Used in terms of fandoms, the “canon” is what exists as presented by the creators of the series.

The Doctor Who canon is all of the episodes in existence and the stories and characters contained therein.

When we add the “head” onto the “canon” it changes it to mean an alternate belief about the stories or characters that exists in the head of the viewer. While the term suggests that these beliefs are personal, thanks to the internet there are whole websites devoted to some of the more popular headcanons.

In Doctor Who, there are several awesome headcanons, here are a few: 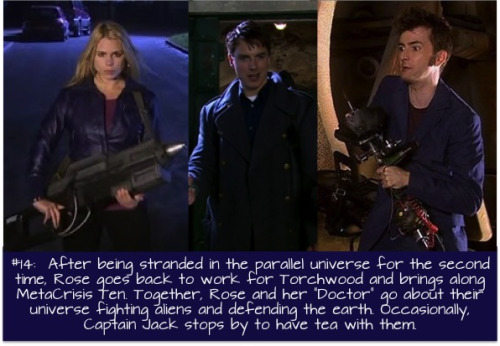 Have an awesome headcanon to share? Tell us in the comments!