The Fantasy in Real Life series is dedicated to showcasing the weird and wonderful creations and natural phenomenon that occur around the world. This week we visit Bergamo, a city in Lombardy, Italy. Located just 25 miles northeast of Milan, Bergamo can be considered part of the greater Milan metropolitan area. To the north are the foothills of the Bergamo Alps.

As an ancient city, there are plenty of cathedrals and other examples of medieval architecture in Bergamo, but today we are going to focus on something new. 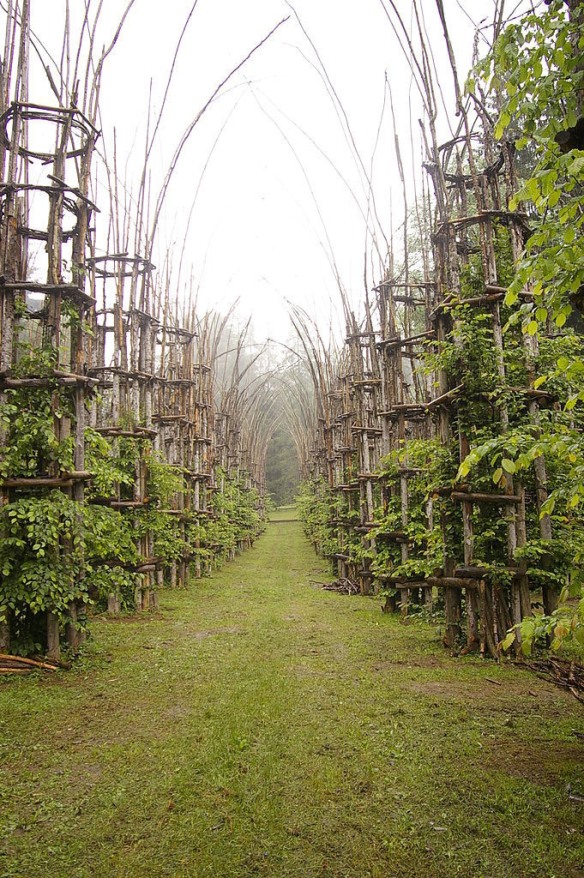 The tree cathedral was the brain child of Italian artist, Giuliano Mauri, and is touted as one of the world’s most impressive examples of organic architecture. A lover of nature, Mauri created the original plans in 2001. Sadly, he died in 2009 before the work could be realized.

In 2010, the International Year of Biodiversity, Mauri’s plans were put into action as a tribute to his life’s work. 42 beech trees were planted to form a basilica of five aisles will grow into the supporting columns. These beeches are supported by fir poles and branches of hazelnut and chestnut that have been woven together. These will be allowed to deteriorate as the beech trees grow larger. 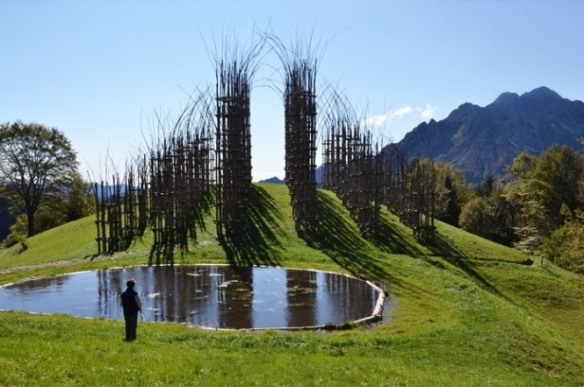 Additional resources and articles about the Tree Cathedral: