I’ve been reliving many of the cartoons from my past, including a few from the Winnie the Pooh franchise. Even as a kid these weren’t my favorite, I grew up in the middle of great cartoons such as Duck Tales and Rescue Rangers. 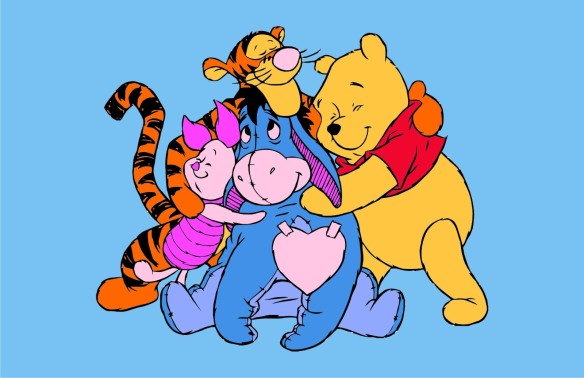 Winnie the Pooh has had staying power, I’ll give it that.  They are classics and will be perpetually renewed, just like Treasure Island and Swiss Family Robinson.

Part of the reason that Winnie the Pooh tends to stick around is that each of the characters are so distinct.  There’s Winnie of course, the bumbling silly bear who’s none too bright but friendly nonetheless. He has an obsession with honey and will do anything to get it, including putting himself if danger.

Then there’s Piglet, who is scared of everything to the extent that he won’t try anything new without a whole lot of support from his friends.

Tigger only wants to have fun and is the Polly Anna of the group.  This fun often bothers those around him and causes him the majority of his problems.  He can’t see the effect his actions have on others and is selfish.

Eeyore is perpetually depressed.  He believes that nothing can go right for him and as a result nothing ever does.  He’s not very pleasant to be around but is lucky that he has a great group of friends willing to overlook is dour demeanor.

Rabbit always has a goal, and will do everything in his power to get to that goal, even when it means sabotaging everyone else’s fun.  He is responsible, dependable, and perpetually cranky because no one can manage to do anything right in his eyes. If anything he is the most grownup of all the characters.

As I was watching this with my three-year-old this week I had a chilling realization. 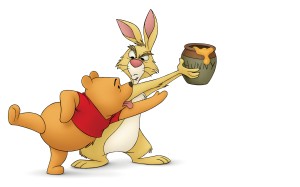 What character are you?

Mental Disorders of the Winnie-the-Pooh Characters

A Very Brief History of Idiots Banning Winnie the Pooh

19 Incredibly Wise Truths We Learned From Winnie The Pooh