Hi dearest readers! I’m trying something new for a few weeks, if it works how I hope it might then it might end up a permanent change. I’ve recently started posting to Medium and am feeling my way around how to best share my articles with even more wonderful people like you. If it works well, it will also help me meet my business goals.

I solemnly swear to not post spoilers, which makes writing about a third season of any show complicated. I hope you appreciate the verbal gymnastics required to do this dear reader, because when I woke up this morning, I swear my head wasn’t screwed on correctly. I’ve had perma-fog of the brain all morning.

The story so far…

As we left season two, Ezran, upon learning of his father’s death, makes the difficult decision to return to Katolis and assume the duties as king. Callum and Rayla continue in their quest to take adorable baby dragon Zym back to his mother in the magical land of Xadia only to encounter the ancient dragon Sol Regem blocking their path. Viren, who has been consorting with the mysterious elf Aaravos, uses his dark magic to scare the other kingdoms into forming an alliance with him to go to war against Xadia and finally rid the world of the hatred and evils he believes are found there.

Entering season three there were lots of expectations, some of which were met, and several that will be left for a future season. Perhaps the biggest question was if Zym would be reunited with his mother, and what that would change in the world.

If Zym, the dragon prince, is reunited with his mother, the queen dragon of Xadia, it should resolve in part the largest complaint that the elves have against the humans. Part of my expectation going into season three was to see some of this happen. However, this is the primary conflict on which the entire show rests, solve it and the show would have to end or risk dwindling on into irrelevance.

In season three, there were several good steps toward a greater understanding between elves and humans. It had to happen, as both people and elves are starting to rally to a cause greater than just basic anger and hatred. The conflict is now elevating to a greater fight between good and evil and the stakes are getting higher.

How’s that for being vague? Yeah, I promised no serious spoilers. I meant it.

There is also several new and fascinating settings introduced in season three that I thought were awesome. We get to see Rayla’s village and the magic there, a black desert, and the home of the dragon queen, all of which have their own special traits and points of interest that made the world builder in me squee a little.

As the story continues, the relationships between characters continues to change and grow. Some of this earned an eye roll from me, any problem that is solved by the power of love tends to do that. But, I can’t watch Hallmark movies either, so that’s a personal failing on my part. The rest of you might find it charming. There are several surprises here as well between characters where I never thought the dynamic would change.

Did Zym get reunited with his mom? You better go watch it.

All in all, season three is filled with great storytelling with just enough tidbits of well-timed backstory to make the new conflicts not only hugely entertaining, but powerful as well.

For those of you who love a story with a deep history, complex characters, and beautiful art, Dragon Prince is a perfect choice. It continues to amaze and delight my whole family. I’m personally impressed at the effort taken to ensure that every detail of the story is well thought out and calculated for maximum emotional payout. It’s totally my kind of story.

I would warn viewers that while on the outside this show just looks like any other cartoon, it’s actually pretty complicated. Some people might be turned off at the learning curve required to understand what is going on and what the stakes are. The first few episodes of season one are slower because of the time spent catching the viewer up on the history of the world and its characters and why that matters.

If you have a show or movie that you’d think I’d love to watch and review, let me know in the comments! I love finding new wonderful universes to explore.

Are you watching Dragon Prince? What are your thoughts so far?

The re-release of Stonebearer’s Betrayal is well under way and scheduled for the first week in January, with the exciting sequel set to release in March. Stay tuned for a fresh new cover reveal and more!

Magic, the final frontier, these are the voyages of… Wait a minute, wrong franchise. But seriously, let’s talk about the different kinds of magic that appear in Stonebearer’s Betrayal.

In the world of Roshnii, a choice few are born with magic in them.
Despite the historians efforts to link it to lineage, it appears at random. Those blessed, or some believe cursed, with the magic are fated to live abnormally long lives and die violent deaths. This magic is formally known as the power of the Khandashii.

To earn the title of Stonebearer one must survive training and pass through the fires of testing. A proper Stonebearer has the right to carry a motherstone which allows them to more accurately use their powers to manipulate the world.

There are those born with the power who escape the attention of the towers are referred to as wielders. They are considered highly dangerous. Most don’t survive long, as the magic kills those who can’t control it.

The magic is granted by the Stonemother and she chooses those she believes are destined to have it, for good or for ill. She shows her mercy by keeping the magic dormant until a child is strong enough to command it. The longer a child lives without it manifesting, the stronger their magic is. Those who have used the power for decades develop markings along their arms, necks, and backs.

The magic is divided into five abilities. Each of these abilities has it’s own order and headmaster. While a Stonebearer in theory can work each ability to some degree, they have a natural affinity toward one far stronger than the rest. This determines what order they belong to.

The magic manipulates the physical nature of the world through a series of symbols and glyphs. The energy needed for the magic to perform a task is taken from the Stonebearer and if they use too much, it can kill them. Using an ability they don’t have an affinity for requires a prohibitive amount of energy.

Travelers – can manipulate the location of objects, including themselves, and instantly move them up to the distance they can walk in a day. They enable communication over long distances and are also excellent spies, especially when pared with a seeker.

Guardians – can alter the physical strength of an object, making it either stronger or weaker. They are tasked with keeping the peace and most train to be expert fighters.

Seekers – can locate both items and knowledge in the immediate area. They are responsible for documenting the history of the world and also keeping track of magic powered artifacts. Some can see glimpses into the future.

Benders – can change the nature of an object by manipulating its particles into new formations. While it is strictly prohibited, some can even change how people think and act.

Healers – can repair what is broken and restore what has been corrupted. Most will formally train to heal people and become town and village doctors.

Katira, the main character of Stonebearer’s Betrayal, begins the story believing the magic is nothing more than a legend, a story told to children at festivals, or to scare them in to staying in their beds. She discovers, much to her horror, that the magic is indeed real when one of those storybook monsters attacks her. The world is not as it seems, it has never been. If she is to survive, she must fight against those who want to use her as a pawn in a much larger game between a dangerous demon and the entire society of Stonebearers.

You can get your own copy at all major online book retailers.

Update: In January 2020, Stonebearer’s Betrayal got a huge facelift. Click the link to see it and pick up your copy today!

If you had the power of the Khandashii, what order would you want to belong to? Answer in the comments below! 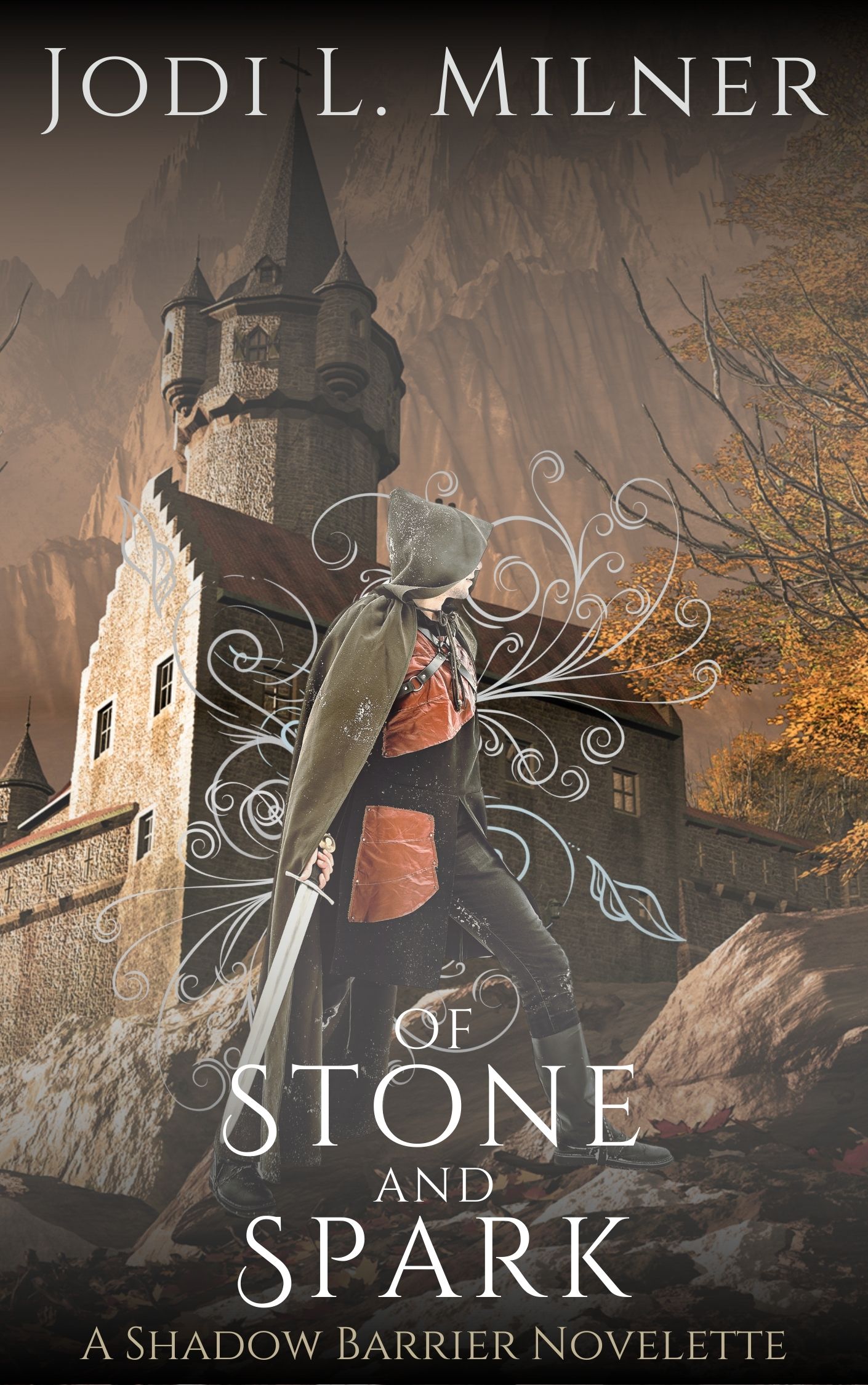