For the longest time I’ve struggled with a perfection complex. If it’s not a perfect fit with what is “supposed” to be done, I get crazy anxious and most of the time end up not starting. This might explain why this novel has taken so long, and why I don’t post here as often as I should. Go figure. It’s my stone to push, which leads me  into what I’d like to talk about today.

The other reason I haven’t posted for a while is that, until recently, I haven’t figured out what my message is, or in industry speak, my brand. Thanks to the amazing and talented J.H. Moncrieff and this years Quills Conference hosted by the League of Utah Writers, I finally think I get it.

If you like noble but dark stories, beautiful Gothic architecture, interesting history tidbits, magic, and finding the best in the worst circumstances – you’re going to like it here. 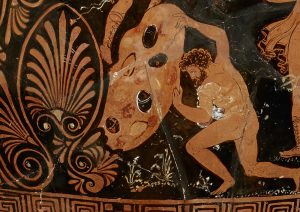 Within the boundless reaches of Greek Mythology (Greek! – sorry, inside joke) is the story of the sinner Sisyphus who was condemned to push a boulder uphill only to watch it roll back down day after day. Sisyphus was a cunning trickster during his life. When he died, Hades came for him. Instead of going peacefully, Sisyphus “tested” his new handcuffs on him and tossed him in a closet for a couple of days. I’d be a bit peeved too.

Shenanigans ensued. No one could die because Hades had gone missing. When Sisyphus freed Hades, the cunning trickster was promptly ordered to go to the underworld for his eternal assignment. But – he had another trick up his sleeve. Through a series of bureaucratic loopholes involving a missing coin and an improper burial, Sisyphus managed to sweet talk Persephone into letting him return to his wife and set things straight – and then cheated death until Hades hauled him back to the underworld a number of years later.

For his crimes, and for royally annoying Hades, he was sentenced to to hard labor of the most frustrating kind – rolling a boulder up a hill for no good reason for eternity.

To this day, when people have a frustrating and/or pointless job to do, the story of Sisyphus comes to mind.

In the Stonebearer’s Betrayal universe there is a society formally called the Stonebearers of the Khandashii. These are the magic users. Simply put, those belonging  to this society possess a power that enables them to manipulate the world around them and grants them relative immortality. They can still be killed, but they will not die of old age or disease. The term “Stonebearer” comes from the stone they wear that enables them to use their power safely. The Khandashii is the name of the power itself – and is a brilliant topic for another post.

Having the power means enduring the responsibility of being a guardian of mankind, regardless of the prejudice and superstitions mankind have curated to hate any one who demonstrates supernatural abilities. This, paired with a centuries long life, is often more of a burden than a blessing. Like Sisyphus, to many it seems like an endless frustrating punishment. 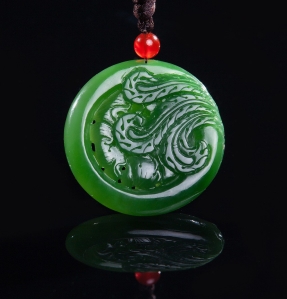 What are some of the frustrating things you’ve had to do? For me, it’s got to be trying to make a bed when a toddler wants to play on top of it. Or laundry … there’s ALWAYS more laundry, it’s never done! Or … working with flaky people who don’t know how much they don’t get it.

Stonebearer’s Betrayal is entering the final stages of production and we’re steadily getting ready for its November release. Currently we are refining the details on the cover.  I can’t tell you how excited/terrified I am to reach this point. Everything is so, so real.

Also, awesomeness has been happening over at my blog for writers. (Seriously though, go check out the suite of presentation notes I’ve been creating, they rock.)

Other publishing news – If you like dragons, I will be part of a dragon themed YA anthology coming out earlyish next year. If you’re at FanX, one of my flash fiction pieces will be read at the Immortal Works Flash Fiction Friday LIVE podcast, Friday, Sept. 7th at 6pm (255a).

Stonebearer’s Betrayal comes out November 2018 through the amazing people at Immortal Works Press and will be available on Amazon.