The month of November seemed to fly by faster than normal, there was way too much going on and not nearly enough time for any of it.  We celebrated Thanksgiving and three birthdays.  Then there was the decorating and the cooking and the other dozens of things needed to prepare for the holidays.

As for NaNoWriMo, my rebel project hit a wall at the 15,000 word mark when I realized that I had a major plotting issue.  I call it my rebel project because instead of writing a new piece of fiction I chose to put the polish on the book I’ve been fighting to finish.

The problem goes something like this – everything was fine with the story, but it needed something to give it a little oomph.  To do this, I combined the roles of a more minor character with a main character.  This made so much sense in the planning phase and I was really excited at the different possibilities it offered.  Now I can have a love triangle along with all the action and adventure.

However, as I began my revisions and started changing that character to fit both roles I had a terrible realization.  I need him to be a part of a mini quest with another character but I had neglected to figure out how he gets involved with that character in the first place. They are not an obvious pair, and for the life of me I have yet to find a great way to get them to work together.

So, I shelved my revisions until I could find a way to fix this problem it out and started a crochet project instead.  This is avoidance behavior at its finest.  Now that I’ve taken a break and let the problem stew for a while I think I’ve found a way to fix it.  I’ll need to write it out and see if it will work.

My new pair of slippers, I love the flowers! 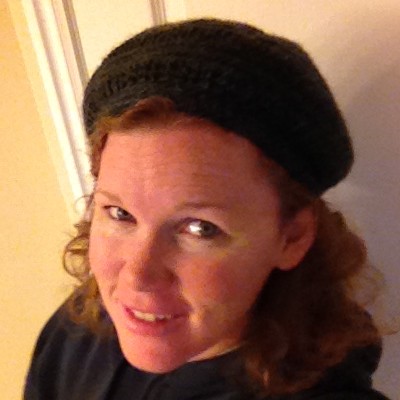 A cozy tam for the colder weather

On a happy note, I did manage to finish and package up a short science fiction story for submission to a few magazines. I’m crossing my fingers that all goes well, this is my first time submitting to a professional market that isn’t a contest.  If all goes well, I plan on doing more short stories for magazines. ‘

For the month of December I plan to pick up the manuscript once again, fix the plotting problem and continue revisions.  I would still love to finish this round by the end of the year, but it looks like it might take a bit longer.